Haitian escapee Wyclef Jean has registered himself as a contender for the presidency of the world’s poorest heap of smashed concrete, assuring the pathetic survivors of last year’s devastating earthquake that his wealth of experience in finding words that rhyme qualifies him, above all others, to create some sort of viable economy centred around half-bricks and cement dust.

“Election time’s comin’,” Mr Jean told a cheering crowd of walking skeletons. “Who ya gonna vote for? If I was president I’d get elected on Friday, assassinated on Saturday, buried on Sunday, then go back to work on Monday, if I was president.”

UN relief agencies gently broke the news to the hip-hop star that he cannot be elected until November 28th, which inconveniently happens to fall on a Sunday. They did, however, go on to say that - assuming he wins - from that point forward he will probably be able to fulfil most of his manifesto according to the strict timetable he has set for himself, once people become aware that his total executive experience is limited to sorting out a set list.
at 10:14 No comments:

Captains of industry at the Chartered Institute of Hirelings and Firings have lately taken time out from being fitted for top hats and frock coats, to issue a sternly-worded demand that the government ought to prevaricate no longer, but discharge forthwith its ordained duty of ridding the empire once and for all of the stalking spectre of ‘workers’ rights’.

“We of property and means have - as the popular saying would have it - ‘placed our ears to the ground’; and by such means have we been able to discern incontestable evidence that, as I yet speak, godless trade union agitators are conspiring secretly to compel every honest labourer in this great country to down tools and cease their toils in the month of September; this leading to the swift collapse of corpses; unburied rubbish; and law and order piled high in the streets – ‘pon my soul, I knew I ought not to have partaken of that one last sherry for luck before I rose to speak,” a Mr. Horace Winterbottom, gentleman, told representatives of the third estate. “Mark my words, sirs - and mark them well; their base treachery will lay our fair shores wide open to the rapacious French.”

“Heed this warning, O Albion!” he cried, “Unless Her Britannic Majesty’s loyal statesmen in the Palace of Westminster act decisively, and with all speed, to outlaw strikes; to round up the ringleaders forthwith; and, without further ado, to transport the villainous miscreants to the Antipodes in fetters; why, then I fear we must, with heavy hearts, be forced to close up and dismantle our manufactories and mills, upon which the nation’s acknowledged superiority is founded; and ship our magnificent machinery to a new home in the distant lands of Cathay. God save the Queen!”

The Prime Minister, the Rt. Hon.Mr. Cameron, solemnly agreed that the anarchist threat posed by sinister agitators mingling with patriotic, industrious workers was indeed a most disagreeable vexation; not only to himself and his ministers of state, but also to his honourable Whig counterpart, Mr. Clegg.

The tiny, disreputable cabal of elected Fabianists sat scowling all the while; but words came there none.
at 09:58 No comments:

The London Borough of Sutton has come under fire from paranormal expert Yvette Fielding for failing to monitor ghost activity in its car parks, after failing to satisfy a female motorist who rang to ask if ghosts were responsible for moving her car down a mild gradient from one parking space to the one opposite.

“Frankly, in this day and age, which I firmly believe is a Friday in the year 490AD, it is just unacceptable for a local authority not to compile a comprehensive record of supernatural activity in the sites it maintains for the public,” argued the presenter of TV’s popular Most Haunted. “I have personally investigated case after case of cars inexplicably moving themselves on slopes, as reported by the type of people who watch my show.”

“I urge all my viewers to engage the anti-poltergeist lever which vehicle manufacturers have placed near the gearstick,” she added. “Thank the stars that the management of Toyota and Nissan are more open-minded than the misguided rationalists who infest our town halls. If you want to avoid a manifestation, don’t ever disengage that device for an instant.”
at 18:52 No comments:

Police Tell Man Who Broke Into Duke Of York’s Residence To Go To An Arms Fair, Like Everyone Else Who Wants To Meet Him

Police have arrested a man after a carload of people was spotted in the grounds of the Royal Lodge in Windsor Park earlier this week, and advised him that if he really wants to meet Prince Andrew he should go abroad and buy some British-made weapons at a trade fair, according to the traditional procedure.

The Duke was, unsurprisingly, not at home when the break-in occurred, as he was taking time out from his punishing routine of shaking hands with arms dealers to waste some time and taxpayers’ money playing silly buggers on the waterways of Scotland.

His estranged wife Sarah Ferguson was also away, said a spokesman for Thames Valley Police, probably trying to scrounge some cash in Spain.

“If you’re on holiday on the Costa del Sol, innocently walking down the street, and you see a speckly ginger frump eagerly rushing towards you like an old friend, for God’s sake don’t let her sell you a timeshare,” he added.
at 18:48 No comments:

The Power of 'Davey Cutter' Bombs 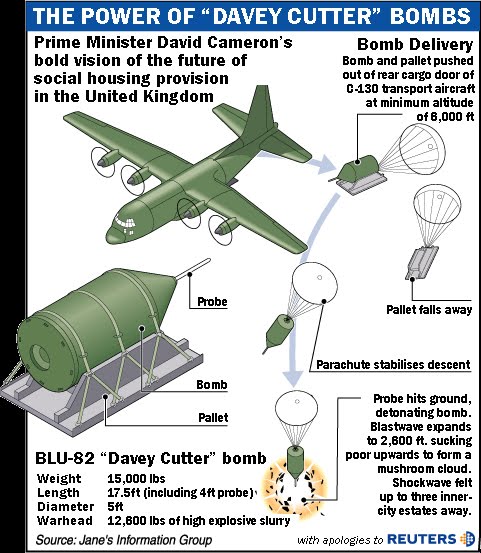 Following the undisputed discovery of two crumbly but 100% genuine bits of John the Baptist at a monastery conveniently located near the beaches of the Black Sea, Bulgarians in funny hats have embarked upon a meticulous search of the country’s religious enclaves for the other fragments of Christ’s older half-brother.

“So far all we have are a holy tooth, a bona fide fragment of lower jaw and an unmistakeable piece of arm,” said local Orthodox bishop Lyin Soczov. “If we can only reunite them with the rest of the venerated St John, which I’m sure is lying around in the basements of Bulgaria’s churches and monasteries, there’s no reason to suppose he won’t miraculously return to life and baptise tourists just as he baptised our Lord and Saviour.”

“I’ve already taken the liberty of ordering some suitable robes for him from one of Sofia’s leading theatrical outfitters,” he added reverently. “When he’s finally resurrected to carry on God’s work, it would be inappropriate for him to wander around our Black Sea resorts starkers until somebody finds him a fresh pair of undercrackers.”

The Bulgarian Tourist Authority’s leading academics will now conduct a series of undoubtedly rigorous peer-reviewed tests on the bones to see if they can unravel the earthly half of Christ’s DNA, firm in the knowledge that St John would not have been rediscovered if Christ was not hot on his heels, ready and waiting to launch His second coming in Bulgaria.

“If Christ’s genes can be sequenced in full – no doubt aided by the imminent discovery of some genuine flakes of God’s skin – then obviously the next step would be to clone Him and install copies in every Black Sea hotel for the salvation of their valuable guests, especially Americans,” explained the bishop. “Book now to avoid eternal damnation.”
at 12:25 No comments:

Newly-qualified teachers in Scotland have just about managed to express their concerns about their ability to teach basic literacy and numeracy, according to a report by HM Inspectorate of Education marked ‘Must do better.’

“We had numerous submissions from the recent graduates of our teacher training establishments which were, frankly, unreadable,” admitted an HMIe spokesman. “Of those which we were able to decipher, quite a few were unsure how long they had been working, claiming they were never shown how to do sums involving constants like September. One teacher from Lanarkshire just submitted a sheet of paper covered in scrawled attempts to write his name.”

“Or hers, he added. “The handwriting really is quite bad.”

The Scottish government acknowledges that it has so far been unsuccessful in its attempts to close the achievement gap between children from well-off and more typically Scottish homes.

“You try getting anyone who can speak properly to enter Ibrox of their own free will,” complained Scotland’s haggard education minister, Mike Russell. “More to the point, try getting them out again in one piece.”
at 12:21 No comments:

HSBC, the biggest bank in Europe, today kicked off what market analysts are predicting to be a bumper week of insufferable back-slapping in the banking sector, by boasting that they have succeeded in wringing a succulent £7bn out of their impoverished customers in the first six months of 2010.

HSBC’s contemptuously happy shareholders echoed Mr Geoghegan’s sentiments with unabounded glee as they charged out of the meeting, rampaging through the city streets in search of the most expensive restaurants in London.
at 16:05 No comments:

As of today, and pending full legislation later in the year, the caring Tory-led coalition government have thoughtfully stopped Jobcentres from forcing vulnerable people into the clutches of the sex industry, announced Chris Grayling, Minister for Employment.

“After an eye-watering inspection of London’s leading establishments, I have come to the conclusion that lasciviously rubbing their pert, naked breasts down a drooling executive’s face may not be an entirely suitable employment opportunity for somebody with Parkinson’s, for example,” said Mr Grayling. “And proprietors have told me that employees with severe learning difficulties tend to dispel the ambience of charged eroticism by forgetting to remove their manky socks, or throwing the baying punters a pair of horribly skid-marked knickers. And I myself had an unfortunate experience only a week ago, when a self-medicating psychopath’s alluring come-hither routine involving my tie turned into a terrifying struggle for survival.”

“I wouldn’t have minded,” he added, involuntarily rubbing his throat, “But I wasn’t booked for the Sado Humiliation Dungeon Sexperience until Thursday.”
at 16:01 No comments: