Critics were united today in their fulsome praise of the long-awaited relaunch of Amy Winehouse’s drinking career, as she stormed back into the Priory addiction clinic after a three-year absence.

In a recent interview with Where Are They Now? magazine, a disturbingly lucid Winehouse admitted the alcohol and drug hits had dried out in recent years. However, her diligent preparation for a forthcoming tour of Europe’s bars has ultimately paid off, with her father successfully booking her a residency at the ultra-hip Priory.

“Amy is busy networking again with all the beautiful people at the Priory,” said her doctor. “And as soon as she’s got all the booze out of her system, she’ll be fit and ready to put it all back in again, wowing crowds from Serbia to Romania by staggering through them in a pair of pissy Y-fronts.”

Asked whether the troubled star would be singing too, her father castigated reporters for highlighting her musical difficulties when they should be celebrating the return to form of the greatest piss-artiste of the 21st century.
at 13:01 No comments:

‘How Could A Notorious War Criminal Evade Justice For So Long?’ Ask Blair and Bush

Former president George W. Bush and ex-prime minister Tony Blair today echoed the world’s anger over the fifteen years it has taken for Bosnian Serb war criminal Ratko Mladic to face justice for the thousands of deaths he ordered.

“It beggars belief that a warmongering murderer with so much blood on his hands could have been allowed to move about freely in public for so long under the protection of his president,” said Mr Blair, who earlier in the week attended President Obama’s reception in Westminster Hall.

“Even when the regime that sheltered him finally collapsed, this unrepentant anti-Muslamist creep was able to enjoy a real nice life in the country,” complained President Bush from his Texas ranch, where he is tended by a pair of goats named Donald and Condy.

French Investigators Still Not Sure Why French Airliner Crashed 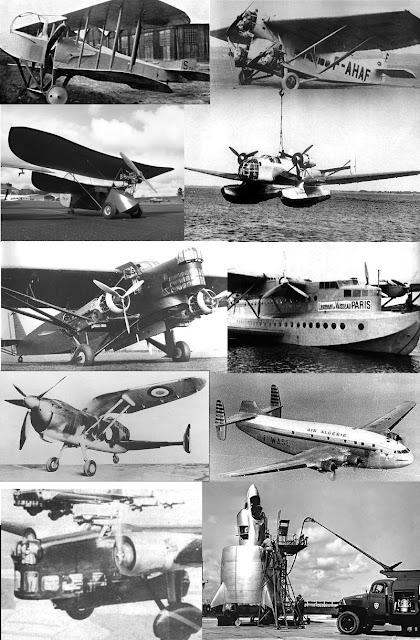 The Daily Mail has seen advertising revenues plummet in the last two months, as companies begin to question the wisdom of advertising their wares in a newspaper dedicated to proving that every single thing in creation will give its readers cancer.

“If retailers adopted the Mail’s guidelines on product labelling, Britain’s shopping centres would look like the ghostly streets of Fukushima,” complained a prick with red glasses and a bow tie, who unsurprisingly works in advertising. “In these belt-tightening economic times, many advertisers are starting to think twice about taking out a £200,000 full-page ad for their product when the opposite page is a long hysterical scream about how somebody who bought one died a painful, lingering death.”

However, whilst accepting that the Mail’s primary function is to prove that everything is designed for the sole purpose of killing you horribly, Daily Mail and General Trust chief financial officer Stephen Daintith pointed out that, if space permits, the paper occasionally likes to suggest that one randomly-selected carcinogenic instrument of death may in fact hold the secret of eternal life.

“And it’s important to remember that, petty and bigoted as our readers are, many of them are married to a high-earning bastard and therefore have plenty of surplus cash to waste on evil cancer-inducing shit,” he added. “Especially if their neighbours haven’t got one yet.”
at 13:27 No comments:

Hospitals To Save Money On Ambulances By Opening All-Night Bars

With alcohol-related admissions now topping a million a year, doctors have recognised the sheer futility of trying to educate Britain’s pissed inhabitants about the dangers of drinking – announcing plans to install bars and dancefloors next to their Accident and Emergency units, in an effort to cut down on the soaring cost of sending out paramedics and ambulances.

In Plymouth’s Derriford Hospital, where the experiment is to be trialled, shops are to be cleared out of Floor 6 and replaced by themed bar areas, with a main dance floor in the foyer and a Costcutter off-licence full of cheap no-brand vodka replacing the restaurant.

“We’re all for it,” said a spokesman for Devon & Cornwall Police, who already have a police station in the hospital grounds. “If all the piss-artists come here every night, the Barbican can revert to its former status as a haven for arts and crafts, while Union Street will become an oasis of peace and tranquillity where sex shoppers can stroll about peacefully in the evening, taking the air and a quick blow-job round the back of an industrial unit without having to drop their trousers into a pool of vomit.”

Plans for the revolutionary Derriford Pissatorium include a chill-out room, a pass-out room, a tits-out room and a fully-equipped fight club.
at 13:22 No comments:


That Hilarious Comedy Routine In Full

“My Lord Chancellor, Mr Speaker, Mr Prime Minister, my Lords, and Members of the House of Commons: Hi there Parliament, howya doin’?”

(Five-minute standing ovation)
“The Pope, Queen Elizabeth Two, Nelson Mandela and the President of the United States walk into a bar! Pope orders a double vodka - he gets served! Queen asks for a whajjacallit, pinta? – she gets served! Nelson ‘Mr Picky’ Mandela wants a Stellenbosch dry white wine – barman even finds that for him! President Yours Truly asks for a Bud – lousy barkeep says, ‘Sorry, pal - I gotta see proof of ID!’ Woo! Alright!”

Research shows that the BBC boys are falling yet further behind in writing skills, with many showing a disturbing tendency to lose interest after the first 100 words, according to a story from 2005 which resurfaces every three years.

“Evidence suggests that many BBC boys lack the mental stamina to write lengthy stories,” said the head of Ofsted at the time, David Bell. “After 100 words, most of them are staring vacantly out of the window, and for some this happens after just ten. In fact, even picking up a big story is too much for some.”

Kraft Boss Admits Being In Contempt Of Parliament, Asks Who Isn’t

Kraft chairman, CEO and insatiable god Moloch today accepted that he was totally in contempt of Parliament, after pointedly ignoring requests to turn up and answer questions from the Business, Innovation and Skills Committee – pointing out that if contempt of Parliament was such a heinous crime, the government had better start arresting pretty much everyone in the UK and issuing extradition orders for the rest of the world.

The committee today stopped short of actually charging Moloch with the offence, stating feebly that his company’s complete refusal to be held to account - for promising to maintain staff levels at Cadbury’s during the takeover, and then promptly eating them and switching production to the famed chocolatiers of Poland – showed a “regrettably dismissive attitude” which “steered close to a contempt of the House”.

Experts have suggested numerous ways in which the Kraft god might actually goad the committee into actually invoking the contempt law, ranging from selling a range of novelty chocolate willies with MPs’ names stamped into them to simply hiring a blimp painted like a Crème Egg to hover over Westminster flashing “Business, Innovation and Skills Committee - PAEDO RING” out across London.

Moloch replied by pointing out that he was Moloch, and invited all to bow down and worship him.
at 12:51 No comments:

A Hampshire cricketer has told the Nev Filter how he feared for his life as he single-handedly fought off a life-sized cuddly tiger with a volley of low balls in a desperate attempt to save the lives of his Hampshire Cricket Academy team-mates.

“There we were, at 47 all out, when suddenly the old bill drove into the grounds shouting, ‘Run like fuck, there’s a tiger on the loose! And it’s white’,” recalled brave Mark Spreader, 19, with a shudder. “South Wilts, who had just gone in to bat, screamed like girls and ran for their lives. But I had a ball in my hand and a spare in my pocket, and I was feeling lucky. So I told our wicky, ‘Stay put, I’ve got this covered’, and I swear the next thing I saw was a snarling white tiger standing right in front of him, its three legs poised to spring at any second.”

What happened next was a bit of a blur, says the plucky hero, but he swears he struck the powerful feline right between the eyes at least eleven times – a claim confirmed by wicket keeper Bob Scrumpy, who says he jumped for joy each time.

“Now the police are saying their helicopter crew found a cuddly toy in the woods,” said Mr Scrumpy, “But I know that if it wasn’t for Mark’s skilful bowling, I’d be a dead man and we’d have lost for sure.”

The umpire, Col. Redvers Raglan, 93, was unable to confirm Mr Spreader’s daring deed as he was rummaging furiously in the pavilion for his trusty elephant gun at the time.

A spokesman for Hampshire Police was unable to comment, however, as all available officers were assisting the coastguard in a race-against-time search for an unspecified number of amateur yachtsmen who were reported to be in difficulties after ill-advisedly sailing for the land of the Jumblies in a sieve.
at 14:02 No comments: